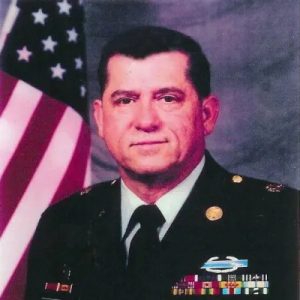 Jack Clayton Griswold Jr., 71, of Spring Bay, Illinois, passed away Tuesday, January 15, 2019, at St. Francis Hospital Medical Center in Peoria, Illinois.  He was born in Peoria, Illinois October 7, 1947, son of Jack Clayton and Betty Jean (Fernandez) Griswold.  He was a 5th generation Chillicothean, as his great-great grandfather Watson Griswold moved to the area from Russia, New York, in the mid 1800s. He was married to Susan Day and helped in the rearing of her children Michael and Michelle.

Jack attended Spalding High School for two years and later graduated from Chillicothe High school in 1966, where he enjoyed all types of sports.  He joined the army on the buddy system with Allen Ginger, and they were sent to Fort Carson, Colorado, for basic training.  From there he was transferred to Hawaii, where he was stationed at Schofield Barracks on Oahu. Jack was with the Delta Company 3rd Battalion 1st Infantry Brigade 11th Light Infantry Brigade for training.  In December 1967, he was deployed to Vietnam aboard the troop transport ship USS Wiegal.  While in Vietnam he received two Purple Hearts, a Combat Infantryman Badge (reserved for soldiers engaged in 30 consecutive days in active ground combat),  4 Bronze Stars, the Vietnam Cross of Gallantry, a Presidential Unit Citation, and an Expert Marksmanship Badge, a total of 17 awards.  These medals where awarded to him due to his accomplishing deeds of valor and heroic conduct while fighting the enemy.  After four years of service he was honorably discharged.

In 1969, Jack returned to Chillicothe and suffered with PTSD, at which time there was little understanding of its affects and no treatment available.  He worked through his suffering and did several jobs, but decided that he loved the military life and returned fulltime to the Army National Guard,  where he served in the U.S. and in Puerto Rico. In hearing from veterans who served with Jack, they describe him as “fearless,” “he was a good man in a storm,” “he was an outstanding soldier and warrior,” and, “he was a good friend to many”. He served our country with distinction, earning nine good conduct medals, and after more than 27 years, retired in 2001.  Upon retiring, Jack moved to his home in Spring Bay, Illinois, and started a Dish Installation business, which he later sold.

Jack donated a lot of his time and finances helping at veteran cemeteries. He delighted in watching the Chicago Bears, enjoyed boating and fishing, and recently purchased a new Indian motorcycle which he loved.  Jack was most proud of his military service, especially the time he served in Vietnam.  Jack was full of fun, always playing jokes, and enjoyed his family.

Interment will be at Arlington National Cemetery, November 9th, 2022, at 3:00 PM. Please arrive 45 minutes prior to the funeral. All family and friends are invited to attend the burial.

In memory of Jack you may donate to the American Heart Association or Wounded Warriors.